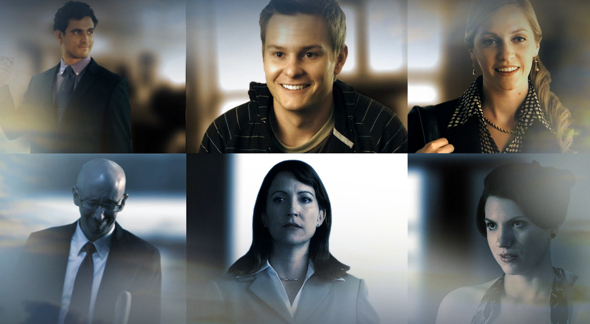 Often a social personality is so mired down in his own difficulties that he cannot see improvement is possible. To him, his setbacks and travails are “just life” or “the way things have to be.” He has no inkling that such a thing as antisocial personalities exist or that one (or more) were making life miserable for him.

To become aware that such a condition exists requires one understand what the condition is. Following are basic terms and definitions associated with the detection and handling of antisocial personalities and those affected by them. These need to be understood for success in addressing and handling personal suppression.

Suppressive Person: (abbreviated “SP”). A person who seeks to suppress, or squash, any betterment activity or group. A suppressive person suppresses other people in his vicinity. This is the person whose behavior is calculated to be disastrous. “Suppressive person” or a “suppressive” is another name for the “antisocial personality.”

Potential Trouble Source: (abbreviated “PTS”). A person who is in some way connected to and being adversely affected by a suppressive person. He is called a potential trouble source because he can be a lot of trouble to himself and to others.

An indicator of someone being a potential trouble source is not whether that person looks intimidated or not cheerful or is having trouble with his boss. Those are not things that indicate whether someone is a PTS. The indicators are very precise.

The PTS is connected to an SP who is antagonistic to him. The suppressive person keeps the potential trouble source from functioning in life. Therefore, the potential trouble source can do well in life or in some activity and then, when he meets up with or is affected by the suppressive person-who is somehow invalidating or making less of him or his efforts-he gets worse. 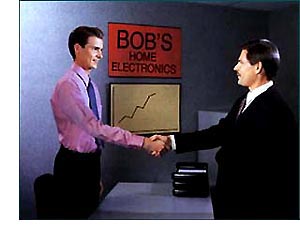 A potential trouble source has periods in life when he does well. 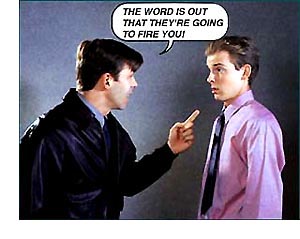 But when he comes under the influence of a suppressive person... 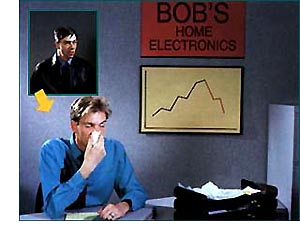 ...he begins doing poorly. he may become ill or have accidents and generally do worse in life.

Another indicator of a potential trouble source is that in the presence of suppression, an individual makes mistakes. When a person makes mistakes or does stupid things, it is evidence that a suppressive person exists in that vicinity.

There are also types of PTS people. The basic ones are as follows.

The first type of PTS person is one who is associated with or connected to a suppressive person in his present time environment. By “connected to” is meant in the vicinity of, or in communication with in some way, whether a social, familial or business relationship.

An artist may have a “friend” hanging around who is actually a suppressive person, invalidating his work and ambitions. The artist may become ill or give up his work. 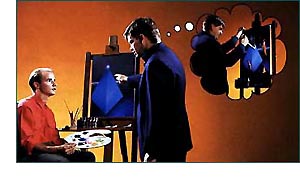 A type I PTS has a suppressive person there in his present time environment trying to squash and invalidate him.

An executive with a suppressive person for a business associate will roller-coaster and may find himself making mistakes in his work, suffering setbacks or becoming sick.

Thus individuals intimately connected with persons (such as marital or familial ties) of known antagonism to betterment activities are PTS. In practice, these persons have such pressure continually brought to bear upon them by others with undue influence over them, they make poor progress or improvement, and their interest is solely devoted to proving the antagonistic element wrong. 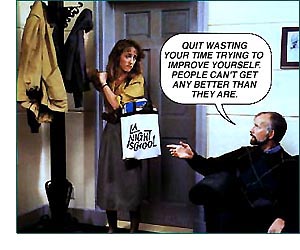 Someone intimately connected to another who opposes their attempts at self-betterment is PTS.

In the second type of PTS, a past suppression is being restimulated by someone or something in the present time environment. When an individual is restimulated, a past bad memory is reactivated due to similar circumstances existing in the present which approximate circumstances of the past, and the person can experience the pain and emotions contained in the past memory. In the case of a PTS Type II, the person wouldn’t even have to see the suppressive person to go PTS but can become so just by seeing something that reminds him of the suppressive.

For example, if someone has been suppressed by a postman and sees a letter box when the postman isn’t even around, that could be enough to cause him to roller-coaster.

A PTS Type II always has an apparent suppressive who is not the suppressive of the PTS person and is confusing the two and is acting PTS only because of restimulation, not because of suppression.

An important thing to know is that a suppressive is always a person, a being or a group of beings. A suppressive is not a condition, a problem or a conclusion, decision or resolution made by the individual himself. 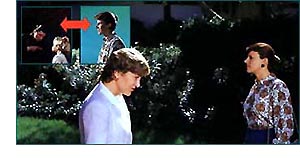 A Type II PTS is reminded of a suppressive person in his past by someone or something in his environment. The actual suppressive is not there in present time but his influence is felt nevertheless.

In this case the Type II’s apparent SP (suppressive person) is spread all over the world and is often more than all the people there are-for the person sometimes has ghosts about him or demons and they are just more apparent SPs but imaginary as beings as well.

The Type III PTS is mostly found in mental institutions. He is best helped by providing a safe environment and giving him rest and quiet, and no treatment of a mental nature at all. He should receive any medical care needed that is unbrutal in nature. 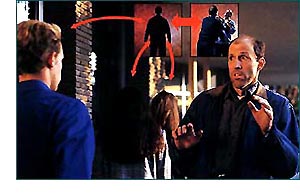 A type III PTS is also under the influence of a suppressive from his past, but the present time environment is, to him, full of suppressives.

A person who is PTS is often the last person to suspect it. He may have become temporarily or momentarily so. And he may have become so very slightly. Or he may be very PTS and have been so for a long time. Therefore, the very first step in handling this condition is to gain an understanding of the fundamentals of the technology concerning potential trouble sources and suppressive persons so that the situation can be handled.

And it can be handled.