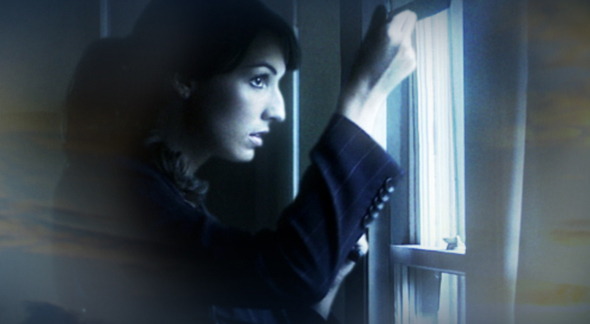 Solutions For A Dangerous Environment

ORDER HERE »
The Merchants of Chaos

An obvious example can be seen in newspapers. There are no good news stories. Newspapermen shove the environment in people’s faces and say, “Look! It’s dangerous. Look! It’s overwhelming. Look! It’s threatening.” They not only report the most threatening bits of news, but also sensationalize it, making it worse than it is. What more do you want as a proof of their intention? This is the merchant of chaos. He is paid to the degree that he can make the environment threatening. To yearn for good news is foolhardy in a society where the merchants of chaos reign.

The chaos merchant has lots of troops among people with vested interests.

And do not think it an accident that the current justice system will take a dangerous criminal, throw him into prison, make him more antisocial and more dangerous and then release him upon the society. The more crime, the more police are needed.

Ideas of this kind are found in the society to a marked degree. It isn’t just the newspaper reporter or the politician; individuals here and there also engage upon this.

A lot of people spend their whole lives as professional chaos merchants; they worry those around them to death. The percentage who do this may be as high as one out of four. For example, a housewife, operating as a merchant of chaos in her sphere of influence, thinks of her husband, “If I can just keep Henry worried enough, he will do what I tell him.” She operates on the idea that it is necessary to spread confusion and upset. But along with this goes a concern, “I wonder why Henry doesn’t get ahead?” Naturally, she is making him sick.

The truth of the matter, however, is this: the environment is not as dangerous, ever, as it is made to appear. Instead, tremendous numbers of people and vast amounts of money are manufacturing a dangerous environment. In fact, in the 1960s a huge proportion of the national budget of the United States was dedicated to atomic war. But if they hadn’t developed the threat, there would not have been one. The money that financed the horror was busy supporting the horror.

It is not to the advantage of those who get their income, appropriations or public interest from the amount of disturbance to make a peaceful environment.

Anything that tends to pacify or bring a calmed environment is resisted by the vested interest that backs a disturbed environment.

To the degree Scientology progresses in an area, the environment becomes calmer and calmer. Not less adventurous, but calmer. In other words, the potential hostile, unreachable, untouchable threat in the environment reduces. Somebody who knows more about himself, others and life, and who gets a better grip on situations, has less trouble in his environment. Even though it may only be reduced slightly, it is reduced. 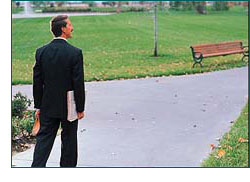 Newspapers can have a depressing effect on a person. 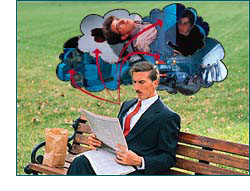 Since they deal largely in bad news, they present a
generally bleak picture of the world. 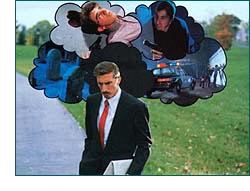 One can carry the bad news around with him and get
a negatively distorted idea of his surroundings, which may, in reality, actually be quite calm.


Even somebody who has heard very little of Scientology has less turmoil in his environment. An individual, less threatened by the environment, tends to resurge. He gets less apathetic. He thinks he can do more about life. He can reach outward a little further; therefore he can exert a calming influence upon his immediate environment.

As that progressed forward, more and more individuals would be produced who could bring more and more calm to the environment or handle things better and better. It is only the things which aren’t handled which are chaotic. It would result in a situation where the threat of the environment would die out. This overwhelming, overpowering environment would be tamer and tamer. People would be less and less afraid. You would have more and more opportunity of handling the actual problems that exist instead of people dreaming up problems in order to make some money off of it. It would be a different society.

The merchant of chaos does not like calming influences, however. He will fight anything which lessens disturbance in the environment.

For example, a wife has her husband completely under her thumb. She keeps him worried and upset morning, noon and night.

If the husband now engages in some activity which brings more calmness to the environment, there will be repercussions from the wife. If he is less disturbed, he is less under her control. She would naturally fight the thing that was making her husband more calm.

Yet disturbance and chaos fold up in the face of truth. It is lies which keep the universe continuously disturbed. The introduction of truth into a society would produce a calmer environment with less disturbance and therefore less that could be swindled out of that society by merchants of chaos.