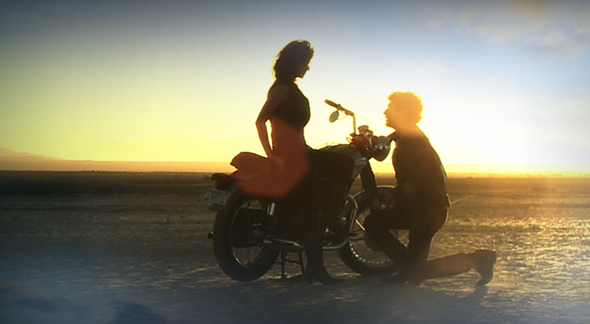 There is another key factor in creating a successful marriage, or repairing one that has deteriorated. This also involves communication – the interchange of ideas between two individuals.

Communication is, in fact, the root of marital success from which a strong union can grow. Noncommunication is the rock on which the ship will bash out her keel.

In the first place, men and women aren’t too careful “on whom they up and marry.” In the absence of any basic training about neurosis, psychosis, or how to judge a good cook or a good wage earner, that tricky, treacherous and not always easy-to-identify thing called “love” is the sole guiding factor in the selection of mates. It is too much to expect of a society above the level of ants to be entirely practical about an institution as basically impractical as marriage. Thus, it is not amazing that the misselection of partners goes on with such abandon.

There are ways, however, not only to select a marriage partner, but also to guarantee the continuation of that marriage; and these ways are simple. They depend uniformly upon communication.

There should be some parity (equality) of intellect and sanity between a husband and wife for them to have a successful marriage. In Western culture, it is expected that the women shall have some command of the humanities (cultural studies such as language, literature, philosophy and art) and sciences. It is easy to establish the educational background of a potential marriage partner; it is not so easy to gauge their capability on the second dynamic or their sanity. (A dynamic is an urge toward existence in an area of life. The second dynamic is the urge toward existence as a future generation. It has two compartments: sex, and the family unit. The Section before this “Life’s Goals; Family; Marriage” covers the subject of the dynamics.)

In the past, efforts were made to establish sanity with inkblots, square blocks and tests with marbles to find out if anybody had lost any. The resulting figures had to be personally interpreted with a crystal ball and then reinterpreted for application.

In Scientology, there is a test for sanity and comparative sanity which is so simple that anyone can apply it. What is the “communication lag” of the individual? “Lag” means an interval between events. When asked a question, how long does it take him to answer? When a remark is addressed to him, how long does it take for him to register and return? The elapsed time is what is called the communication lag. The fast answer tells of the fast mind and the sane mind, providing the answer is a sequitur – something following logically; the slow answer tells of less ability and sanity. Marital partners who have the same communication lag will get along; where one partner is fast and one is slow, the situation will become unbearable to the fast partner and miserable to the slow one. Further, Scientology when applied will be more swiftly active in the case of the fast partner and so the imparity under processing will grow beyond either’s ability to cope with the matter.

How to process a marriage and keep it a marriage is a problem a large number of auditors would like to have answered. It is not too difficult a problem. One simply takes the slow communication lag member of the team and processes that one first, for this will be the harder, longer case. By speeding up the slow one, parity is neared with the fast communication lag partner, and no objection will be offered. If the fast one is chosen for processing, or if both of them enter processing at the same time, the ratio will not be neared but widened and a marital breach will ensue.

The repair of a marriage which is going on the rocks does not always require the processing of the marriage partners. It may be that another family factor is in the scene. This may be in the person of a relative, such as the mother-in-law. How does one solve this factor? This, again, is simple. The mother-in-law, if there is trouble in the family, may be responsible for cutting communication channels or diverting communication. One or the other of the partners, then, is cut off the communication channel on which he belongs. He senses this and objects strenuously to it.

There is another way of cutting communication which happens when jealousy is involved. It is the largest factor in breaking up marriages. Jealousy comes about because of the insecurity of the jealous person and the jealousy may or may not have foundation. This person is afraid of hidden communication lines and will do anything to try to uncover them. This acts upon the other partner to make him feel that his communication lines are being cut; for he thinks himself entitled to have open communication lines, whereas his marital partner insists that he shut many of them. The resultant rows are violent, as represented by the fact that where jealousy exists in a profession such as acting, insurance companies will not issue policies – the suicide rate is too high.

A person who is jealous has something wrong on the subject of communications and, in selecting the partner to be processed first, the auditor should select the jealous person.

The subject of the application of Scientology to marriage could not be covered in many chapters, but here are given the basic clues to a successful marriage – Communicate!