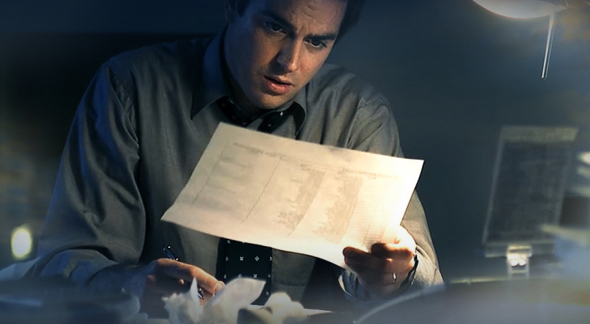 ORDER HERE »
The Basics of Ethics

Throughout the ages, man has struggled with the subjects of right and wrong and ethics and justice.

The same dictionary defines justice as “conformity to moral right, or to reason, truth or fact,” or “the administration of law.”

As you can see, these terms have become confused.

All philosophies from time immemorial have involved themselves with these subjects. And they never solved them.

That they have been solved in Scientology is a breakthrough of magnitude. The solution lay, first, in their separation. From there it could go forward to a workable technology for each.

Ethics consists simply of the actions an individual takes on himself. It is a personal thing. When one is ethical or “has his ethics in,” it is by his own determinism and is done by himself.

Justice is the action taken on the individual by the group when he fails to take these actions himself.

These subjects are, actually, the basis of all philosophy. But in any study of the history of philosophy it is plain that they have puzzled philosophers for a long time.

The early Greek followers of Pythagoras (Greek philosopher of the sixth century B.C.) tried to apply their mathematical theories to the subject of human conduct and ethics. Some time later, Socrates (Greek philosopher and teacher, 470?-399 B.C.) tackled the subject. He demonstrated that all those who were claiming to show people how to live were unable to defend their views or even define the terms they were using. He argued that we must know what courage, and justice, law and government are before we can be brave or good citizens or just or good rulers. This was fine, but he then refused to provide definitions. He said that all sin was ignorance but did not take the necessary actions to rid man of his ignorance.

Socrates’ pupil, Plato (Greek philosopher, 427?-347 B.C.) adhered (held closely) to his master’s theories but insisted that these definitions could only be defined by pure reason. This meant that one had to isolate oneself from life in some ivory tower and figure it all out-not very useful to the man in the street.

Aristotle (Greek philosopher, 384-322 B.C.) also got involved with ethics. He explained unethical behavior by saying that man’s rationality became overruled by his desire.

This chain continued down the ages. Philosopher after philosopher tried to resolve the subjects of ethics and justice.

Unfortunately, until now, there has been no workable solution, as evidenced by the declining ethical level of society.

So you see it is no small breakthrough that has been made in this subject in the last thirty years or so. We have defined the terms, which Socrates omitted to do, and we have a workable technology that anyone can use to help get himself out of the mud. The natural laws behind this subject have been found and made available for all to use.

Ethics is so native to the individual that when it goes off the rails he will always seek to overcome his own lack of ethics.

He knows he has an ethics blind spot the moment he develops it. At that moment he starts trying to put ethics in on himself, and to the degree that he can envision long-term survival concepts, he may be successful, even though lacking the actual tech of ethics.

All too often, however, an individual becomes involved in an out-ethics situation; and if the individual has no tech with which to handle it analytically (rationally), his “handling” is to believe or pretend that something was done to him that prompted or justified his out-ethics action, and at that point he starts downhill. When that happens, nobody puts him down the chute harder, really, than he does himself.

And, once on the way down, without the basic technology of ethics, he has no way of climbing back up the chute – he just collapses, directly and deliberately. And even though he has a lot of complexities in his life, and he has other people doing him in, it all starts with his lack of knowledge of the technology of ethics.

This, basically, is one of the primary tools he uses to dig himself out.

No matter how criminal an individual is, he will be trying, one way or another, to put ethics in on himself.

The individual who lacks any ethics technology is unable to put in ethics on himself and restrain himself from contrasurvival (against survival) actions, so he caves himself in. And the individual is not going to come alive unless he gets hold of the basic tech of ethics and applies it to himself and others. He may find it a little unpalatable (distasteful) at first, but when you’re dying of malaria you don’t usually complain about the taste of the quinine: you may not like it, but you sure drink it.

When the individual fails to put in his own ethics, the group takes action against him and this is called justice.

Man cannot be trusted with justice. The truth is, man cannot really be trusted with “punishment.” With it he does not really seek discipline; he wreaks injustice. He dramatizes his inability to get his own ethics in by trying to get others to get their ethics in: examine what laughingly passes for “justice” in our current society. Many governments are so touchy about their divine rightness in judicial matters that you hardly open your mouth before they burst into uncontrolled violence. Getting into police hands is a catastrophe in its own right in many places, even when one is merely the plaintiff (the one bringing the lawsuit), much less the accused. Thus, social disturbance is at maximum in such areas.

When the technology of ethics isn’t known, justice becomes an end-all in itself. And that just degenerates into a sadism, an unnatural cruelty. Governments, because they don’t understand ethics, have “ethics committees,” but these are all worded in the framework of justice. They are even violating the derivation of the word ethics. They write justice over into ethics continuously with medical ethics committees, psychological ethics committees, congressional committees, etc. These are all on the basis of justice because they don’t really know what ethics is. They call it ethics but they initiate justice actions and they punish people and make it harder for them to get their own ethics in.

Proper justice is expected and has definite use. When a state of discipline does not exist, the whole group caves in. It has been noted continually that the failure of a group began with a lack of or loss of discipline. Without it the group and its members die. But you must understand ethics and justice. The individual can be trusted with ethics, and when he is taught to put his own ethics in, justice no longer becomes the all-important subject that it is made out to be.

The breakthrough in Scientology is that we do have the basic technology of ethics. For the first time man can learn how to put his own ethics in and climb back up the chute.

This is a brand-new discovery; before Scientology it had never before seen the light of day, anywhere. It marks a turning point in the history of philosophy. The individual can learn this technology, learn to apply it to his life and can then put his own ethics in, change conditions and start heading upwards toward survival under his own steam.