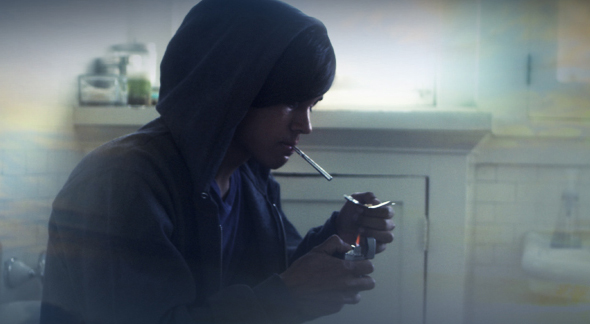 Doctors and others prescribe painkillers such as aspirin, tranquilizers, hypnotics and soporifics (sleep-inducing drugs) in an understandable wish to relieve pain.

However, it has never been known in chemistry or medicine exactly how or why these things worked. Such compositions are derived by accidental discoveries that “such and so depresses pain.”

The effects of existing compounds are not uniform in result and often have very bad side effects.

Pain or discomfort of a psychosomatic nature comes from mental image pictures created by the thetan which press against and affect the body. For example, a mental image picture of a past incident in which an arm was broken can be reactivated in the present, impinging on the body and causing pain in that same arm.

By actual clinical test, the actions of aspirin and other pain depressants are to:

A. Inhibit the ability of the thetan to create mental image pictures

B. To impede the electrical conductivity of nerve channels.

As a result, the thetan is rendered stupid, blank, forgetful, delusive and irresponsible. He gets into a “wooden” sort of state, unfeeling, insensitive, unable and definitely not trustworthy, a menace to his fellows actually. 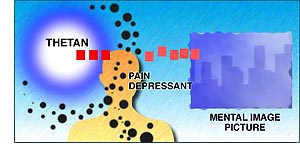 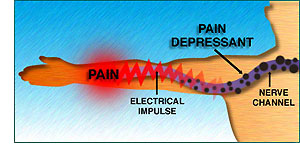 They also act to impede electrical conductivity of the nerve channels.


When the drugs wear off or start to wear off, the ability to create mental image pictures starts to return and turns on somatics (body sensations, illnesses or pains or discomforts) much harder. One of the answers a person has for this is more drugs. To say nothing of heroin, there are aspirin addicts. The compulsion stems from a desire to get rid of the somatics and unwanted sensations again. The being gets more and more wooden, requiring more and more quantity and more frequent use.

Sexually it is common for someone on drugs to be very stimulated at first. But after the original sexual “kicks,” the stimulation of sexual sensation becomes harder and harder to achieve. The effort to achieve it becomes obsessive while it itself is less and less satisfying.

The cycle of drug restimulation of pictures (or creation in general) can be at first to increase creation and then eventually inhibit it totally.

If one were working on the problem of pain relief biochemically, the least harmful pain depressant would be one that inhibited the creation of mental image pictures with minimal resulting “woodenness” or stupidity and which was body-soluble (easily dissolved in the body) so that it passed rapidly out of the nerves and system.

The only defense that can be made for drugs is that they give a short, quick oblivion from immediate agony and permit the handling of a person to effect repair. But even then this is applicable to persons who have no other system to handle their pain.

Dexterity, ability and alertness are the main things that prevent getting into painful situations. These all vanish with drugs. So drugs set you up to get into situations which are truly disastrous and keep you that way.

One has a choice between being dead with drugs or being alive without them. Drugs rob life of the sensations and joys which are the only reasons for living anyhow.