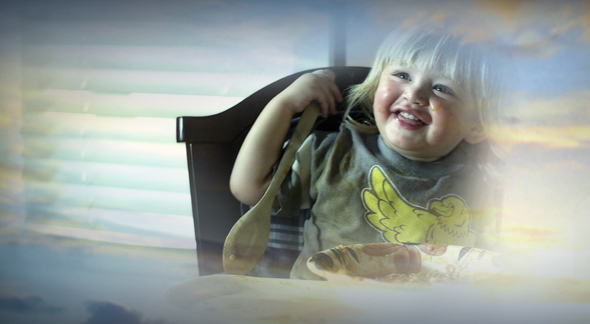 ORDER HERE »
How to Live with Children

The main problem with children is how to live with them. The adult is the problem in child raising, not the child. A good, stable adult with love and tolerance in his heart is about the best therapy a child can have.

The main consideration in raising children is the problem of training them without breaking them. You want to raise your child in such a way that you don’t have to control him, so that he will be in full possession of himself at all times. Upon that depends his good behavior, his health, his sanity.

Children are not dogs. They can’t be trained like dogs are trained. They are not controllable items. They are, and let’s not overlook the point, men and women. A child is not a special species of animal distinct from man. A child is a man or a woman who has not attained full growth.

Any law which applies to the behavior of men and women applies to children.

How would you like to be pulled and hauled and ordered about and restrained from doing whatever you wanted to do? You’d resent it. The only reason a child “doesn’t” resent it is because he’s small. You’d half murder somebody who treated you, an adult, with the orders, contradiction and disrespect given to the average child. The child doesn’t strike back because he isn’t big enough. He gets your floor muddy, interrupts your nap, destroys the peace of the home instead. If he had equality with you in the matter of rights, he’d not ask for this “revenge.” This “revenge” is standard child behavior.

Self-determinism is that state of being wherein the individual can or cannot be controlled by his environment according to his own choice. In that state the individual has self-confidence in his control of the material universe and other people.

A child has a right to his self-determinism. You say that if he is not restrained from pulling things down on himself, running into the road, etc., etc., he’ll be hurt. What are you as an adult doing to make that child live in rooms or an environment where he can be hurt? The fault is yours, not his, if he breaks things.

The sweetness and love of a child is preserved only so long as he can exert his own self-determinism. You interrupt that and to a degree you interrupt his life.

There are only two reasons why a child’s right to decide for himself has to be interrupted – the fragility and danger of his environment and you. For you work out on him the things that were done to you, regardless of what you think.

There are two courses you can take. Give the child leeway in an environment he can’t hurt and which can’t badly hurt him and which doesn’t greatly restrict his own space and time. And through Scientology services, you can clean up your own aberrations (departures from rational thought or behavior) to a point where your tolerance equals or surpasses his lack of education in how to please you.

When you give a child something, it’s his. It’s not still yours. Clothes, toys, quarters, what he has been given, must remain under his exclusive control. So he tears up his shirt, wrecks his bed, breaks his fire engine. It’s none of your business. How would you like to have somebody give you a Christmas present and then tell you, day after day thereafter, what you are to do with it and even punish you if you failed to care for it the way the donor thinks you should? You’d wreck that donor and ruin that present. You know you would. The child wrecks your nerves when you do it to him. That’s revenge. He cries. He pesters you. He breaks your things. He “accidentally” spills his milk. And he wrecks the possession on purpose about which he is so often cautioned. Why? Because he is fighting for his own self-determinism, his own right to own and make his weight felt on his environment. This “possession” is another channel by which he can be controlled. So he has to fight the possession and the controller.

Doubtless, some people were so poorly raised they think control is the ne plus ultra (highest point) of child raising. If you want to control your child, simply break him into complete apathy and he’ll be as obedient as any hypnotized half-wit. If you want to know how to control him, get a book on dog training, name the child Rex and teach him first to “fetch” and then to “sit up” and then to bark for his food. You can train a child that way. Sure you can. But it’s your hard luck if he turns out to be a blood-letter (a person who causes bloodshed).

Of course, you’ll have a hard time of it. This is a human being. It will be tough because man became king of the beasts only because he couldn’t as a species be licked. He doesn’t easily go into an obedient apathy like dogs do. Men own dogs because men are self-determined and dogs aren’t.

The reason people started to confuse children with dogs and started training children with force lies in the field of psychology. The psychologist worked on “principles” as follows:

“Man must be trained into being a social animal.”

“Man must adapt to his environment.”

As these postulates aren’t true, psychology doesn’t work. And if you ever saw a wreck, it’s the child of a professional psychologist. Attention to the world around us instead of to texts somebody thought up after reading somebody’s texts, shows us the fallacy of these postulates.

The actuality is quite opposite the previous beliefs.

The truth lies in this direction:

Only by severe aberration can man be made evil. Severe training drives him into nonsociability.

Man must retain his personal ability to adapt his environment to him to remain sane.

A man is as sane and safe as he is self-determined.

In raising your child, you must avoid “training” him into a social animal. Your child begins by being more sociable, more dignified than you are. In a relatively short time the treatment he gets so checks him that he revolts. This revolt can be intensified until he is a terror to have around. He will be noisy, thoughtless, careless of possessions, unclean-anything, in short, which will annoy you. Train him, control him and you’ll lose his love. You’ve lost the child forever that you seek to control and own.

Permit a child to sit on your lap. He’ll sit there, contented. Now put your arms around him and constrain him to sit there. Do this even though he wasn’t even trying to leave. Instantly, he’ll squirm. He’ll fight to get away from you. He’ll get angry. He’ll cry. Recall now, he was happy before you started to hold him.

Your efforts to mold, train, control this child in general react on him exactly like trying to hold him on your lap.

Of course you will have difficulty if this child of yours has already been trained, controlled, ordered about, denied his own possessions. In mid-flight, you change your tactics. You try to give him his freedom. He’s so suspicious of you he will have a terrible time trying to adjust. The transition period will be terrible. But at the end of it you’ll have a well-ordered, well-trained, social child, thoughtful of you and, very important to you, a child who loves you.

The child who is under constraint, shepherded, handled, controlled, has a very bad anxiety postulated. His parents are survival entities. They mean food, clothing, shelter, affection. This means he wants to be near them. He wants to love them, naturally, being their child.

But on the other hand his parents are nonsurvival entities. His whole being and life depend upon his rights to use his own decision about his movements and his possessions and his body. Parents seek to interrupt this out of the mistaken idea that a child is an idiot who won’t learn unless “controlled.” So he has to fight shy, to fight against, to annoy and harass an enemy. 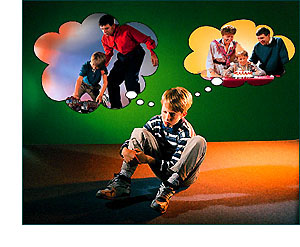 A child needs his parents’ support for many aspects of his survival. But if they also severely interrupt his decisions of his life he is given a huge problem which can cause him much worry.


Here is anxiety. “I love them dearly. I also need them. But they mean an interruption of my ability, my mind, my potential life. What am I going to do about my parents? I can’t live with them. I can’t live without them. Oh, dear, oh, dear!” There he sits running this problem through his head. That problem, that anxiety, will be with him for eighteen years, more or less. And it will half wreck his life.

What terrible willpower is demanded of a parent not to give constant streams of directions to a child! What agony to watch his possessions going to ruin! What upset to refuse to order his time and space!

But it has to be done if you want a well, a happy, a careful, a beautiful, an intelligent child!