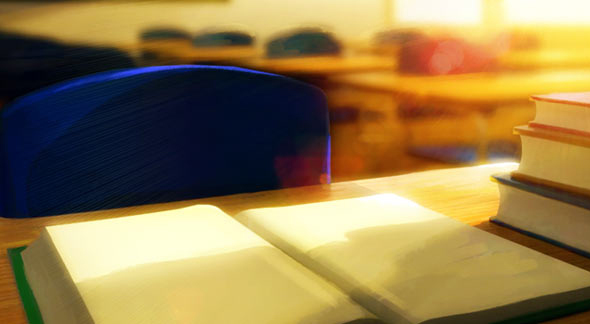 A misunderstood word will remain misunderstood until one clears the meaning of the word. Once the word is fully understood by the person, it is said to be cleared.

The procedures used to locate and clear up words the student has misunderstood in his studies are called Word Clearing. The first thing to learn is the exact procedure to clear any word or symbol one comes across in reading or studying that he does not understand. All Word Clearing technology uses this procedure.


Steps to Clear a Word

1. Have a dictionary to hand while reading so that you can clear any misunderstood word or symbol you come across. A simple but good dictionary can be found that does not itself contain large words within the definitions of the words which themselves have to be cleared.

2. When you come across a word or symbol that you do not understand, look it up in a dictionary and look rapidly over the definitions to find the one which applies to the context in which the word was misunderstood. Read that definition and make up sentences using the word with that meaning until you have a clear concept of that meaning of the word. This could require ten or more sentences.

3. Then clear each of the other definitions of that word, using each one in sentences until you clearly understand each definition.

When a word has several different definitions, you cannot limit your understanding of the word to one definition only and call the word “understood.” You must be able to understand the word when, at a later date, it is used in a different way.

Don’t, however, clear the technical or specialized definitions (math, biology, etc.) or obsolete (no longer used) or archaic (ancient and no longer in general use) definitions unless the word is being used that way in the context where it was misunderstood. Doing so may lead off into many other words contained in those definitions and greatly slow one’s study progress. 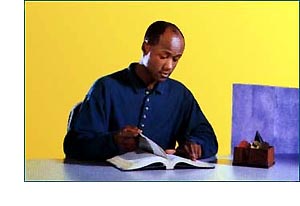 If a person encounters difficulty with what he is reading... 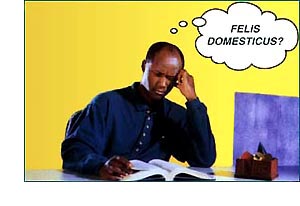 ... there will be a misunderstood word eariler in his text. He must go back and locate the word. 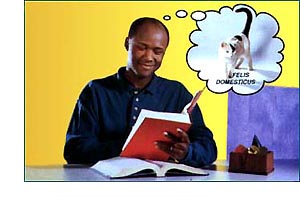 When he looks up the word in a dictionary and defines it... 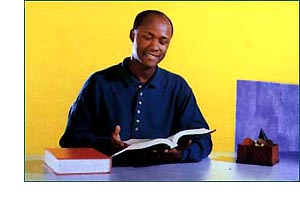 ... the difficulty vanishes and he can progress.


Example of Clearing a Word 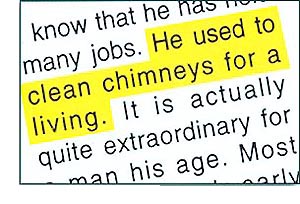 Let’s say that you are reading the sentence, “He used to clean chimneys for a living,” and you’re not sure what “chimneys” means. 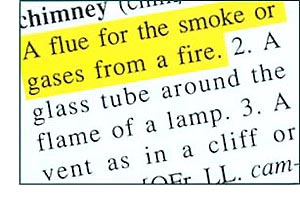 You find it in the dictionary and look through the definitions for the one that applies. It says “a flue for the smoke or gases from a fire.” 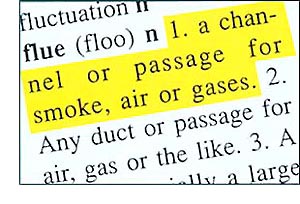 You’re not sure what “flue” means so you look that up. It says “a channel or passage for smoke, air or gases.” That fits and makes sense, so you use it in some sentences until you have a clear concept of it. 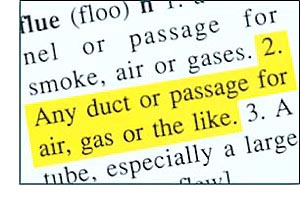 “Flue” in this dictionary has other definitions, each of which you would clear and use in sentences. 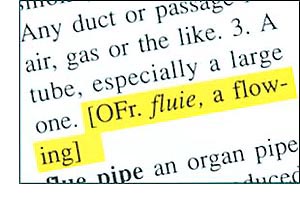 Next, read the derivation the dictionary gives for the word “flue.” Now go back to “chimney.” The definition, “a flue for the smoke or gases from a fire,” now makes sense, so you use it in sentences until you have a concept of it. 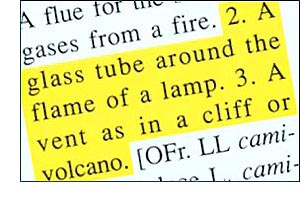 You then clear the other definitions. If the dictionary you are using has specialized or obsolete definitions, you would skip them as they aren’t in common usage. 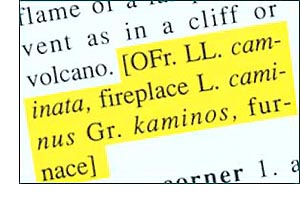 Now clear up the derivation of the word. You find that “chimney” originally came from the Greek word “kaminos,” which means “furnace.” If the word had any notes about its use, synonyms or idioms, they would all be cleared too. That would be the end of clearing “chimney.”


4. The next thing to do is to clear the derivation, which is the explanation of where the word came from originally. This will help you gain a basic understanding of the word.

5. Most dictionaries give the idioms of a word. An idiom is a phrase or expression whose meaning cannot be understood from the ordinary meanings of the words. For example, “give in” is an English idiom meaning “yield.” Quite a few words in English have idiomatic uses and these are usually given in a dictionary after the definitions of the word itself. If there are idioms for the word that you are clearing, they are cleared as well.

6. Clear any other information given about the word, such as notes on its usage, synonyms, etc., so as to have a full understanding of the word. (A synonym is a word which has a similar but not the same meaning to another word, for example, “thin” and “lean.”)

7. If you encounter a misunderstood word or symbol in the definition of a word being cleared, you must clear it right away using this same procedure and then return to the definition you were clearing. (Dictionary symbols and abbreviations are usually given in the front of the dictionary.) However, if you find yourself spending a lot of time clearing words within definitions of words, you should get a simpler dictionary. A good dictionary will enable you to clear a word without having to look up a lot of other ones in the process.

You might suppose at once that it is the big words or the technical words which are most misunderstood.

This is not the case.

Words like a, the, exist, such and other words that “everybody knows” are found with great frequency as misunderstood words when doing Word Clearing.

It takes a big dictionary to define these simple words fully. This is another oddity. The small dictionaries also suppose “everybody knows what that word means.”

It is almost incredible to see that a university graduate has gone through years and years of study of complex subjects and yet does not know what “or” or “by” or “an” means. It has to be seen to be believed. Yet when cleaned up, his whole education turns from a solid mass of question marks to a clean useful view.

A test of schoolchildren in Johannesburg, South Africa, once showed that intelligence decreased with each new year of school!

The answer to the puzzle was simply that each year they added a few dozen more crushing misunderstood words onto an already confused vocabulary that no one ever got them to look up.

Stupidity is the effect of misunderstood words.

In those areas which give man the most trouble, you will find the most alteration of fact, the most confused and conflicting ideas and of course the greatest number of misunderstood words.

It is important that these words be cleared.